In September 1991 at the Association of Heads of Independent Schools of Australia (AHISA) conference in Perth, two principals had morning tea together, talking over the issues they faced as leaders of girls’ schools. Ros Otzen (Korowa Anglican Girls’ School, Victoria) and Sylvia Walton (Tintern Anglican Girls’ School, Victoria) both felt that girls’ schools needed their own voice and a forum in which to discuss matters of mutual concern and interest.

In December 1994, EGGSFG ceased to exist and the Alliance of Independent Girls’ Schools of Australia took its place. However, in what Ros Otzen has termed “another visionary leap”, at the first Annual General Meeting in December 1995, members chose to extend the Alliance to include girls’ schools from every sector and to broaden its reach to Australasia to enable New Zealand schools to join.

Ros Otzen later recalled the moment that the founding members decided that “Alliance” most aptly described what they wanted to establish and what this term conveyed: “warm relationships”, “friendly union” and a “shared commitment and purpose”. This was despite the fact that, as she wryly noted, the most serious competitors of girls’ schools are other girls’ schools and that it would be “greatly to the advantage of some of us if others of us closed their doors”. And yet, she wrote, “the inescapable fact is that, rather than turning on each other, we have come together in the Alliance of Girls’ Schools Australasia”.

Girls’ schools had many shared interests in the early 1990s. Some had been approached by boys’ schools to merge and become co-educational. However, principals of girls’ schools felt that boys’ schools were acting in response to the difficulty of filling senior classes in an economic recession and out of the belief that boys do better in a co-educational environment. “It was always held that boys need girls in their schools, as that made for a better learning experience for the boys,” but, as explained by inaugural Alliance president Judy McCowan: “What we learnt was [that] girls without boys were doing much better”.

It was also a time of massive social change. Feminists like Dale Spender (an inaugural patron or, as she preferred, ’matron’ of the Alliance) were challenging stereotypes of women, while in the public sphere, a new conversation was taking place about gender equality. There was, says Judy McCowan, “an extraordinary debate about how to bring women forward in business and the world”. She believes that the Alliance was a group of girls’ schools “responding to a new world” where “equality of opportunity was a major social issue”.

From the beginning, science, mathematics and technology were key to discussions about how to address inequality in education. After attending a National Coalition of Girls’ Schools conference, Science and Girls, in the United States, Judy McCowan realised how important it was for staff of girls’ schools to embrace technology. “The core thinking,” she said, “was that at a girls’ school, girls come first” and this “included encouragement to study maths and sciences”.

The first volume of In Alliance was published in December 1995, providing members with an important vehicle for creating awareness of the philosophy and practice of girls’ schools. Sylvia Walton, inaugural chairman of the Alliance, presented the results of a survey on student feelings of alienation in single-sex and co-educational schools, while an academic researcher presented her findings on the dieting behaviour of girls in single-sex and co-educational schools, thus firmly establishing the Alliance’s reputation for providing the latest research on all aspects of the education of girls to its members.

By 1996 membership had grown to 53 schools and the first Alliance staff conference was held at Ivanhoe Girls’ Grammar School (Victoria). The Alliance was not, however, just about principals and staff of girls’ schools; it was also considered vital that girls be given the same leadership opportunities as boys. The first Student Leadership Conference was held at Ipswich Girls’ Grammar School (Queensland) in 1999. In another first, Lesley Boston of The Mac.Robertson Girls’ High School was the first principal of a government school to serve on the Alliance Executive.

By 2001, membership had nearly doubled again to 90 schools and the first New Zealand member, Anne Mildenhall from Queen Margaret School, Wellington, joined the Alliance Executive. The following year, 2002, saw several significant events: the launch of the first Alliance website, the inaugural Biannual Educators’ Conference in Melbourne, and the first Why a Girls School? brochure was planned after the Alliance Executive rejected the offer of AHISA to come under their umbrella. As Ros Otzen explains:

Today the Alliance has over 190 members, including over 30 New Zealand schools. Members also include schools in Asia and Africa. The Alliance remains firmly committed to the ideals of its founding members to promote the education of girls in girls’ schools and to be the leading voice for the advancement of girls’ schools. While the educators of today face many new challenges — from anxiety and cyberbullying to the impact of robotics and automation on the jobs of the future — the Alliance’s core business remains the same: to advocate for the outstanding role that girls’ schools play in producing the next generation of female leaders in business, politics, law, public and community service, the creative arts, music, sports, medicine and health, science, technology, engineering, mathematics and the growing field of entrepreneurship.

What the research shows 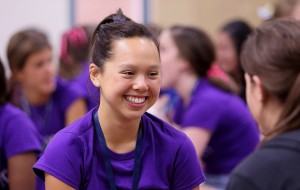 Read the latest research on the benefits of single–sex education for girls...