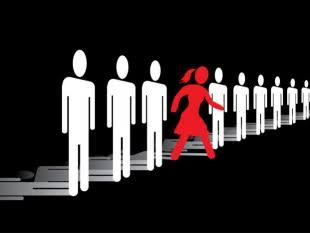 A study led by Christian Dustmann, Professor of Economics at University College London, has found that converting educational environments from single-sex to co-ed leads to falling academic results for both boys and girls. Boys’ academic performance falls when other year levels in their school convert to co-ed, even if their own classes are still single-sex, while girls’ grades only fall when their classes become mixed gender. Dustmann’s study also found “robust evidence that pupils in single-sex schools outperform their counterparts in co-ed schools”.

In South Korea, students are randomly assigned to single-sex or co-ed schools. Korean data shows that “pupils in single-sex schools outperform their counterparts in co-ed schools by 5-10% of a standard deviation for boys and 4-7% for girls” in mathematics, English and Korean.

However, previous studies have not been able to isolate the reasons for this effect. For instance, are higher academic grades the result of single-sex classes or does an entire school need to be single-sex to achieve the same result?

By studying academic single-sex schools (catering for Years 10, 11 and 12) which converted to co-ed one year level at a time, Dustmann and his colleagues were able to examine the effects on students who were exposed to mixed-gender class and school environments for one, two and three years.

They found that exposure to single-sex classes “has a significant positive effect on the attainment of girls”. Once classes changed from 100% female to 50% female, girls’ achievement in languages (English and Korean) fell by 8-15% of a standard deviation.

For boys, there was little difference in their academic results between single-sex and co-ed classes. However, their results fell, regardless of class type, when they were in a co-ed school environment.

The researchers concluded that “the presence of girls in the same school (even if not in the same cohort) distracts boys from academic pursuits”, while girls “are less prone” to the distraction offered by the co-ed school environment but “suffer disadvantage” when classes are mixed gender.

Dustmann and his colleagues hypothesise that teenage boys may be more distracted by a co-ed school environment than girls, but that “girls may suffer more” in mixed gender classes because of factors including boys’ disruptive behaviour or a teacher’s attention being diverted to boys.